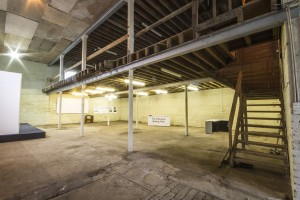 Helensburgh Heroes was delighted to host a visit by Mr Brendan O’Hara, MP for Argyll & Bute, to the George Street site of the planned Heroes Centre on Friday 18th December 2015.

During the one hour visit Mr O’Hara discussed with Phil Worms, Trustee, the overall aims of the project, it’s current status, the issues surrounding digital skills and the expected outcomes for the Heroes Centre model.

As a keen historian, Brendan  was particularly interested in the Wall of Fame and the concept of the John Logie Baird exhibition space.

Brendan O’Hara MP (left) is pictured, together with Phil Worms, holding the former Prime Minister Andrew Bonar Law’s personal scrap book capturing his year in office in 10 Downing Street. Bonar Law spent many years of his life in Helensburgh and will feature prominently on in the Wall of Fame feature within the Heroes Centre.

The charity wishes to thank Mr O’Hara for taking the time to visit the Centre and for the support that he showed throughout the discussions.

In November, the Charity was awarded £145,000 towards the Centre project by the Scottish Government through the Town Centre Communities Capital Fund.

This is for everyone…